Feature in The Groundsman 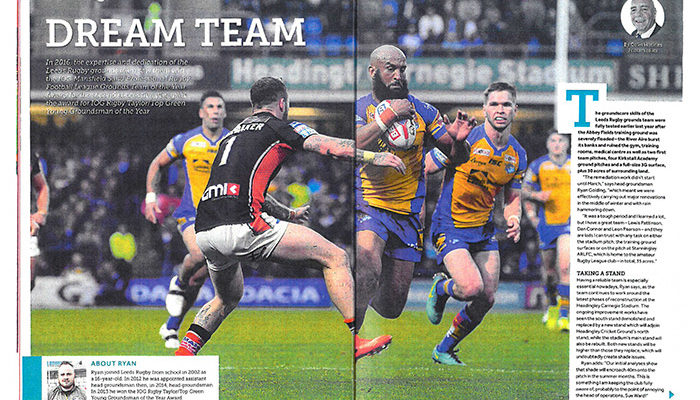 Feature in The Groundsman

In 2016, the expertise and dedication of the Leeds Rugby grounds team saw them win the IOG Mansfield Sand Professional Rugby Football League Grounds Team of the Year Award for the second successive year, plus the award for IOG Rigby Taylor/Top Green Young Groundsman of the Year.