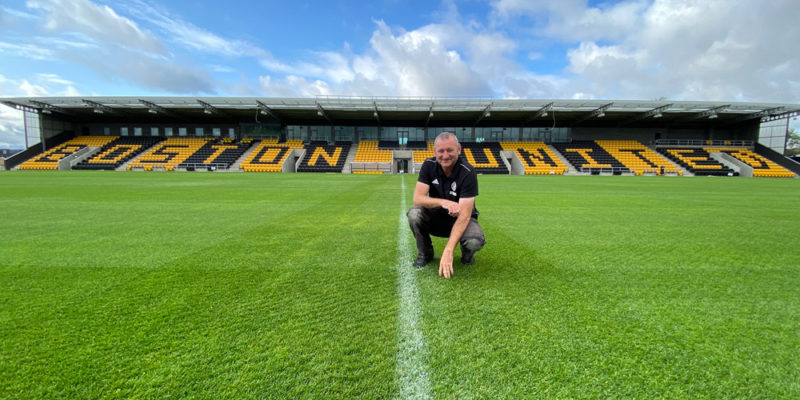 A new and exciting era is just around the corner for Boston United FC, and it all starts with an impressive new stadium and a Mansfield Sand Fibresand pitch. 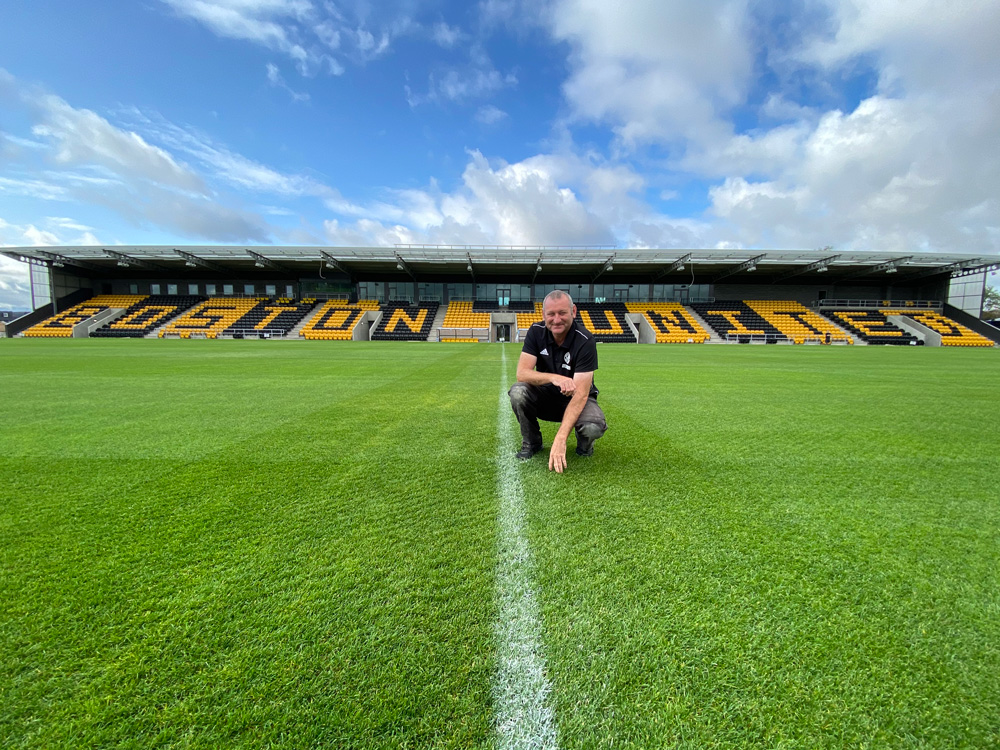 Boston United has said farewell to its ground at York Street after its lease expired and the club is now looking forward to creating a new identity at its new home. The new 5,000 capacity Boston Community Stadium is being built to Football League standards in the hope that the Pilgrims can regain their place in the EFL after being relegated from League 2 in 2007.

A lot of the spotlight will be on the new pitch which manager Craig Elliott, hopes will aid an attack-minded style of play. This wasn’t always possible on the on the old pitch according to current head groundsman Jim Portas.

“The old pitch served a purpose but to be honest it wasn’t fantastic,” said Jim. “It had limited drainage and couldn’t be watered in the way the team wanted and it didn’t really suit the manager’s style of play.

“This new pitch will be a lot faster and slicker and safer for the players. It has a nice, sturdy construction – just what it should be for an ambitious football club.”

The secret ingredient in the construction of the newly-laid pitch is Mansfield Sand’s Fibresand Technology – which has over the past few years become one of the most widely accepted systems for natural turf reinforcement.

It has been developed following a two-year research programme at the Sports Turf Research Institute (STRI) with the aim of further improving the characteristics of typical fibre reinforced, sand dominant rootzones by imparting a significant degree of resilience and energy absorption to the surface.

Fineturf (the chosen sports turf contractor) firstly laid 100mm of gravel on top of the drainage, followed by 300mm of graded fine sports sand before rotavating and mixing in of the fibres to the top 25-50mm. This process was followed by seeding and surface preparation including fertiliser programme in order to produce the final natural turf finish.

“The pitch works were originally meant to begin in April, but due to the Coronavirus pandemic, it wasn’t completed until July. The seed germinated after 6 or 7 days,” said Jim.

“The pitch also benefits from a new irrigation system which is working towards encouraging a deep-rooted sward.
“What we have now is a far superior pitch compared to what we had. Thanks to Fineturf and the Fibresand surface, we have an incredibly stable and more playable pitch – it will suit the team’s style of play and the manager will be happy.”